Rosemary Dayside stood with Mike among their suitcases and looked out the picture window of their hotel suite. The river was hidden by the levee some two hundred yards away, but the top half of a tanker was visible as it glided by. She savored the colors of the end-of-April flowers that lined the walkways to the river, glowing in the late afternoon sun. The hotel was part of a renovated plantation resort project downriver from Baton Rouge that, because of its convention facilities, had been a favorite choice for the annual faculty retreat for some years.

The sky had a few threatening late-day clouds to the south near the horizon. It would be a shame if storms spoiled the open-air social events. She’d brought delicate fair-weather outfits – colorful, revealing, demure. She had planned carefully to divert attention from her working-class origins. She busied herself hanging things in the walk-in closet and taking items from her suitcase to dresser drawers under a built-in TV set.

Mike sat down in an overstuffed chair and stretched his legs. She prepared to shower, hiding herself from his direct view. Even after two years of dating she still felt shy undressing in front of him. It was part of her family belief. Single women – well, she was divorced – but, she still had certain modesty standards.

“What’s tonight?” she asked as she dried herself with a bath towel.

“Cocktails at six, dinner at seven.”

She slipped into the walk-in closet and unzipped a hanging garment bag while watching him unpack his tuxedo, old enough to have a worn sheen on the elbows. He held it up to look for wrinkles.

She moaned. “I thought this was resort-casual tonight. I brought only short dresses.” She held up one black and one red dress from her bag and then replaced them.

“It won’t make any difference,” he said.

It made a big difference; it was demeaning to be inappropriate.

“I’ll need hose . . .” she said softly to herself. She picked up her over-the-shoulder bag near Mike’s chair. Mike said nothing.

When she was in the hall, she closed the door quietly. He must be thinking about something important.

In the gift shop, she stood at the checkout counter.

“We’re out,” said the clerk. “Maybe the middle of next week.”

“I have a formal dinner tonight. Is there someplace else?”

“There’s a Walmart toward Lafayette.”

“How long would that take?”

A woman waited behind her to purchase a bottle of wine. “Are you with the faculty?” the woman asked.

Catherine bought the wine and had it gift-wrapped. “For the vice president of clinical affairs,” she explained.

The woman seemed pleasant enough, but there was a trace of curiosity in her look; maybe she was making a judgment about her as Mike Boudreaux’s date. Well, no matter. She couldn’t go bare-legged in a short dress to a formal dance. And the Otherson woman seemed willing enough to help.

In the narrow hall, she walked slightly behind Catherine to the Othersons’ room. “I brought two short casual dresses,” she explained.

“That would be fine anywhere else. But this is a pretentious bunch,” Catherine said.

“Maybe I shouldn’t go. Would it hurt Michael if I just bagged it?”

“I really don’t know,” Catherine said. She removed a key card from the pocket of her white linen slacks. Rosie took the package with the bottle of wine to free her hands. Catherine paused before inserting the card.

“We’re about the same size,” Catherine said looking at her. “I could lend you a dress.”

“We drove and I threw dresses into the car. I had no idea what I wanted to wear. You might fit into one.”

“Don’t be ridiculous. This will be fun.”

Catherine called to Clayton. No one answered. “Good,” she said, “He’s in the bar politicking. He comes with a list of people he’s got to convince of one thing or another.”

In the bedroom, Catherine picked out a dress that fit Rosie perfectly – like a hand in a glove. Clothes were obviously important to Catherine, a statement of wealth and class.

“It’s beautiful,” Rosie said. The perfect tailoring made her feel alluring and elegant. “Are you sure it’s okay?”

“You do it justice,” Catherine smiled. “On me, it’s not a favorite.”

In her pleasure, Rosie gave Catherine a grateful embrace.

Rosie went back to the room with the dress draped carefully over her arm.

“Hi,” Mike said without looking up from the chair where he was reading.

She dressed out of his view, in the bedroom. “I met Catherine Otherson in the gift shop,” she called to Mike.

“From the start,” she said. “She loaned me a long dress for the dance.” As she adjusted the dress in front of the mirror, she flushed with pleasure.

Mike did not respond. Minutes later she touched his shoulder. She stood back and gave a twirl, her face radiant.

“You look wonderful,” he said.

He stood and wrapped his arms around her. “You’re the best.”

The banquet room was airplane-hangar size, carpeted in deep red, with a thirty-five-foot domed ceiling. A raised bandstand with chairs for a twenty-piece orchestra was in place at one end, next to a stage with a long table for dignitaries and an oak podium for the speakers.

She felt the gazes of men as she walked to a reserved table, her arm interlocked with Michael’s. To one side she saw Catherine in an off-the-shoulder pale-gray full-length gown with white trim that she had seen in her closet earlier. It seemed perfect for the evening. Catherine’s shoulder-length black hair glinted with reflections from the room’s seven-tiered crystal chandelier.

Mike led Rosie to a table where two other surgeons and their wives were seated. Catherine sat with Clayton at a dignitaries’ table, and Rosie had no chance to talk to her. But she smiled when Catherine saw her, and felt an almost conspiratorial warmth when Catherine gave her an approving nod. 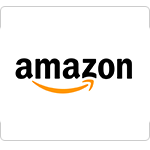 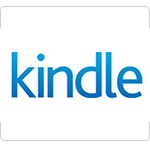 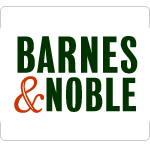